Welcome back to my blog!

Guess who finally got her hair professionally dyed? Dis potato! I’ve been wanting to dye my hair for years now but I’ve always chickened out. But recently, I felt like I needed a change soooooo YOLO! Plus my friend wanted to dye her hair too so we went together! Friends who dye their hair together, stay together? 🤷

And this is how it came out! 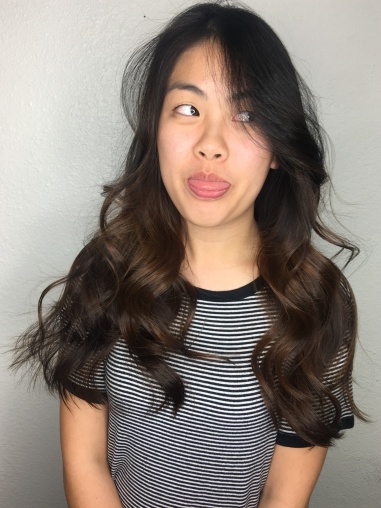 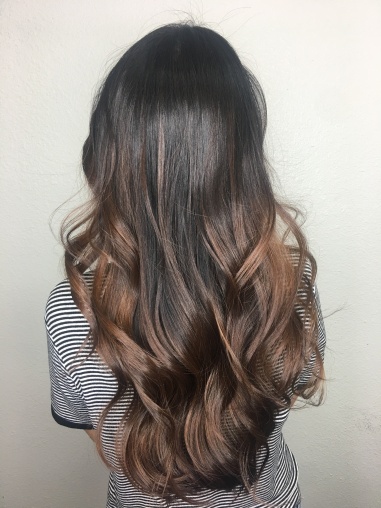 I walked in thinking I was going to go lighter, like my whole head. I showed the hair stylist pictures I pinned from Pinterest! [insert shameless plug here] I wanted to eventually go lighter but I knew that with my dark dark dark brown hair, it wasn’t gonna get lighter than the brunette colors below. 👇

We discussed whether I wanted to dye my whole head or just have balayage. We decided to go with the balayage because it would look more natural as it grew out. If only hair could stay one length, am i right? Imagine that…Yeah, that would be weird.

The hair stylist began by examining my hair. At first she told me the bleach may not work the way we wanted because there was red in my hair. I was shook. UH I don’t remember dying my hair red. I’ve dyed my hair before but it was more of an ombre … a failed ombre but I thought I already cut off.. so I was a bit sad. She told me that she’d try some bleach on a strand first to make sure the hair will do what we wanted it to do.

15 minutes later…the strand of hair bleached the way we wanted and the transformation began! It took so long. It was one of those times I wish I had shorter hair! It came to the point where I couldn’t sit still and being an awkward potato, I didn’t know what to talk about with the girl doing my hair. I ended up just sitting there draining my phone battery and reading magazines.

This may be weird but getting my hair done reminded me a lot of the nursing process. The stylist begins by introducing herself, and then explains the procedure and while she’s doing the procedure, she explains what she’s doing. She even said, “if you have any questions during the process, let me know!”They even have that supplies tray that reminds me of the ones in hospitals. HA okay, sorry…I’m weird.

Anyways, 3.5ish long hours later, it was finally done. It’s not as light as I had hoped it would be but I didn’t expect much since my hair was dark af. I was slightly worried about having a balayage because it looks pretty when it’s curled but when it’s straight, it could look weird. It took a while to get used to but I’m in love with it. New hair, who dis?

Below is the information for the salon I went to! My friend and I found it on yelp while frantically finding a place to get our hair dyed. We didn’t plan ahead so we were calling around looking for a place that had time for us. Oops! But we lucked out! 👇

Only 1.5 weeks until winter break but for now, it’s dooms week and a half. I have a lot of stuff to do but 21 more days til Christmas and then New Years!! Isn’t that crazy? Where has this year gone?

As always, thank you for stopping by! Do you have any questions? Let me know! I hope you have a beautiful day. and don’t forget the shine bright, you’re beautiful ❤

psst…Let’s get to know each other! Today’s question is…What would be the most amazing adventure to go on? I would love to adventure through European countries like Ireland and Switzerland. There is so much history there and I would love to experience it all!

If I could eat one thing for the rest of my life, it would be chicken nuggets.

Hi friends! Welcome to my blog <3 My name is Tiffany and it’s nice to meet ya! I blog about my road to R.N. in hopes of helping future nursing students! Look around and maybe stay while?